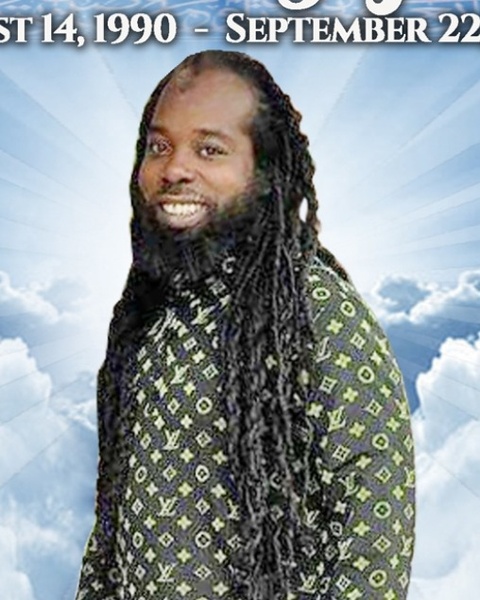 “Everyone is going to taste death and we shall make a trial of you with evil and good, and to us you will be returned. (Quran- Al-Anbiya:35)

On August 14, 1990, Twanetta Jeffess and Tracy Harris were blessed with Kareem Kason Jeffress. He was the second of two sons for Twanetta, right behind his role model Hakeem Jeffress.

KAREEM dedicated his life to self-improvement, loving relationships and getting money til his last breath on September 22, 2022.

Affectionately known as Reem, Reemo or even Preemo, growing up he was a fireball. When he was mad, he was as passionate in his anger as he was in his joy. He was loved for his unapologetic realness, and anyone in his life knew they could rely on him.

KAREEM never aspired for a 9-5 job; he always had a new plan to make money. When he passed, he aspired to open a convenience store on his own.

KAREEM was self-motivated and on his last birthday he even went to Vegas by himself to celebrate himself because you would never see Reemy waiting on someone else.

KAREEM enjoyed the simple pleasures in life, watching sports with Grandma Liz, going to see his friends play basketball at Branch Brook Park, playing Call of Duty on his phone and wearing the flyest outfits. In the last year of his life, you’d have a hard time catching him at home because he was probably out of the country with his girlfriend Nyesha, holding exotic animals and chatting up the locals.

KAREEM leaves his loving memories to his parents, Twanetta and Tracy, his grandmother Elizabeth, his grandfather Jerry (Cathy), paternal grandmother Kandi, his brother Hakeem (Deziree), his nieces Aria, Peyton and Sanaa, his nephew Jahir, his sisters Mya and Marcia, his God mom Wymeerah, God siblings Jasmine, Aliyah, Khalil and Namir, and his special friend Nyesha. He was loved by many aunts, uncles, cousins, friends, nieces and nephews.

KAREEM taught everyone to live life to the fullest and with forgiveness. The growth they were able to bear witness to, was the biggest blessing of all.

KAREEM will be missed terribly, and his loved ones will make Dua for him endlessly

To send flowers to the family in memory of Kareem Kason Jeffress, please visit our flower store.