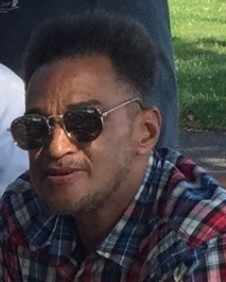 Edward lee Harrington also affectionately known as Teriq, was born on September 1, 1960, in Elizabeth, NJ to the late Lee and Jesse Harrington.

Edward (Teriq) was born into this world with his late twin brother Edmund (Malik) Harrington, and was raised in Newark, NJ where he attended Central High School. It was there he met his first love, Gail Wheeler. Together they raised 5 children. Daishon, Naim, Quadir, Khalif and Haneef. He later met Jackie Ransdell and together they had Quaheem.

Edward (Teriq)  will always be remembered by his tell it like it is attitude, his wisdom and fun loving, cool, yet stern demeanor, and let’s not forget his good looks including his infectious smile.

To send flowers to the family in memory of Edward Harrington, please visit our flower store.