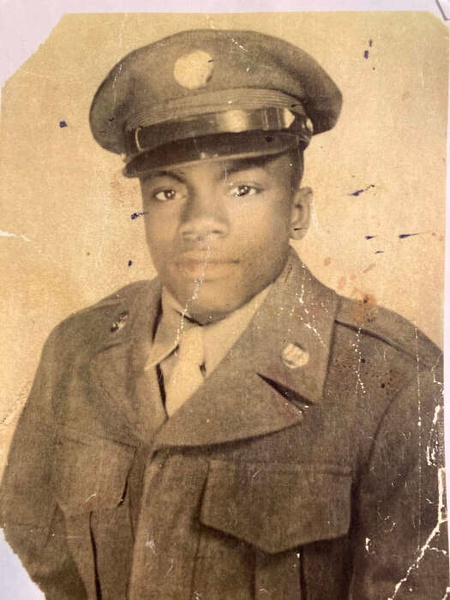 On January 2, 2022, after an exhaustive but valiant fight Edward James Jr transcended his earthly existence the same way he lived his life; peacefully and on his own terms.

Eddie, as he was most often referred, was born on February 22, 1932, to Mary Addie (nee Wingo) and Edward James Sr. Eddie along with his three brothers and 2 sisters were raised in Newport News, VA until at the age of 16 when he decided to enlist in the military despite technically being under age.

Not long after joining the military, Eddie was deployed to Asia where he bravely served in the Korean War. In 1951 he was honorably discharged and he decided to settle in Newark, NJ rather than returning to Virginia. Eventually, he would be joined by all of his siblings.

While in Newark he started an ambitious career in sales. A career that earned him the recognition of becoming one of the 1st black managers of Hahne’s & Co. Which subsequently led to him venturing out on his own entering the world of jewelry sales.

Eddie was a voracious reader and true seeker of knowledge in an endless array of subjects. His quick wit and sardonic humor were a source of endearment for all that knew him.

Eddie was preceded in death by both their parents as well as his siblings. Brothers Fred (better known as Farohd), Ray, and Vernon as well as his sisters Mary and Shirley. Gone before he was also his wife Sarah Elliott.

In lieu of flowers, the family requests donations be made to Masjid Ali Muslim, Newark NJ as a form of Sadaqa (charity) on his behalf.

To send flowers to the family in memory of Edward James Jr., please visit our flower store.