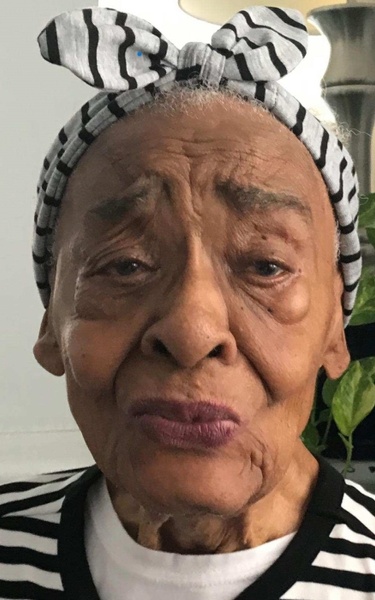 Khadijah Salaam was born Edwina Marshall on July 23, 1921, in Virginia to the Late Robert and Edwina Marshall. Khadijah was one of eleven children and peacefully returned to Allah at home in Montclair, New Jersey on January 6, 2022, surrounded by family.

Khadijah received her education in the Montclair New Jersey Public School System and then attended Nursing School. She later began her career in finance and was employed with the Internal Revenue Service. Afterward, she utilized her talents as the Treasurer with Specialty Promotions a family-owned Import and Export company. Always seeking new challenges, she became a Sales Consultant with Mary Kay Cosmetics Corporation servicing hundreds of clients. She concluded her career as an Ombudsman with the State of Illinois. After retirement, she became a volunteer at Cook County Hospital in Chicago, Illinois caring for cocaine-addicted newborns.

Khadijah accepted Islam as her way of life 1957 and was recognized for her business acumen and was appointed Secretary of Temple 25, Khadijah was appointed to this position by the Honorable Elijah Muhammad. In the late 1970s Khadijah traveled to Saudi Arabia to perform the rituals of Hajj.

To send flowers to the family in memory of KHADIJAH SALAAM, please visit our flower store.