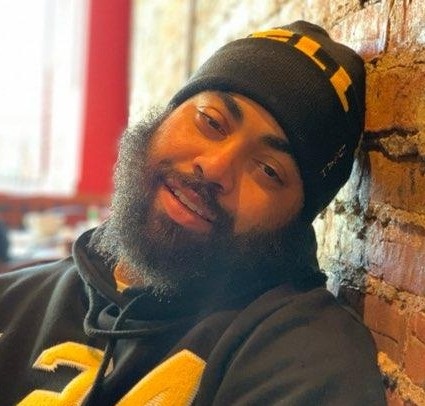 To Allah We Belong and To Him Is Our Return "Everyone is going to taste death and we shall make a trial of you with evil and good, and to us you will be returned" (Quran- Al-Anbiya:35)

Tameel was educated in the Newark Public School system. He attended Warren Street School for elementary and Central High School for secondary school. He later attended Lincoln Tech where he was awarded his HVAC certification.

Tameel worked for Stanley Steamer with his Uncle Charles for a while and most recently he was set to be employed by the city of Linden, NJ.

Tameel was loved by all who knew him. He loved to crack jokes and watch sports. He was also known for his stylish way of dressing. Also, he enjoyed spending quality time with his children, family and friends.

Tameel is survived by his children Tameel Malik Grimes Jr. and Kai’lei Melissa Grimes. His aunts and uncles: Natalie, Georgia, Tonya, Tamika(honorary), G.D., Charles and Clark. As well as a host of other relatives. He was preceded in death by his mother Melissa Grimes and maternal grandmother Jeanette Grimes.

To send flowers to the family in memory of Tameel Malik Grimes, please visit our flower store.